I’ll admit, I have yet to see this new, highly debated movie. I’ve read review after review of it, though. All of them seem to be in one extreme or the other: love or hate. 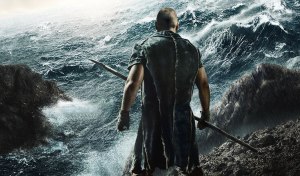 The two following reviews are by Christians who express these opposing extremes of opinion. Click on the links if you’d like to read the entire review(s).

Austin Gunderson wrote a review of Noah for the Speculative Faith website (one of my favorite websites ever, by the way), in which he claims the movie is “the greatest work of Christian speculative cinema” he’s ever seen. Strong words! He nearly had me convinced to jump up and head to the theater … until I read another review….

This one is by Matt Walsh, radically outspoken conservative/Christian blogger, and he calls Noah a “ridiculous train wreck,” which is amongst the least of his strongly-opinionated views of the movie.

So what’s a Christian to do?

Have you seen the Noah movie? What’s your opinion?

One thought on “Noah: A Deluge of Nonsense, or Not?”