What a perfect day for hearing all of the great things that can be said about our freedom!

“Liberty, when it begins to take root, is a plant of rapid growth.” (George Washington)

“I am no bird; and no net ensnares me: I am a free human being with an independent will.” (Charlotte Bronte)

“Our reliance is in the love of liberty which God has planted in our bosoms. Our defense is in the preservation of the spirit which prizes liberty as the heritage of all men, in all lands, everywhere.” (Abraham Lincoln)

“There is a stubbornness about me that never can bear to be frightened at the will of others. My courage always rises at every attempt to intimidate me.” (Jane Austen)

“And the turtles, of course … all the turtles are free, as turtles and, maybe, all creatures should be.” (Dr. Seuss)

“Those who deny freedom to others, deserve it not for themselves; and, under a just God, cannot long retain it.” (Abraham Lincoln)

“People have only as much liberty as they have the intelligence to want and the courage to take.” (Emma Goldman)

“I am an American; free born and free bred, where I acknowledge no man as my superior, except for his own worth, or as my 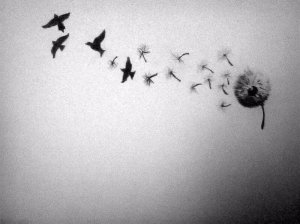 inferior, except for his own demerit.”  (Theodore Roosevelt)

“True freedom is impossible without a mind made free by discipline.” (Mortimer J. Adler)

“The first duty of a man is to think for himself.” (Jose Marti)
“He who has overcome his fears will truly be free.” (Aristotle)

“Freedom is what we do with what is done to us.” (Jean-Paul Sartre)

“Those who surrender freedom for security will not have, nor do they deserve, either one.” (Benjamin Franklin)

“For to be free is not merely to cast off one’s chains, but to live in a way that respects and enhances the freedom of others.” (Nelson Mandela)

“In him and through faith in him we may approach God with freedom and confidence.” (Ephesians 3:12)

“The time is near at hand which must determine whether Americans are to be free men or slaves.” (George Washington)

4 thoughts on “Words of Freedom”