I have noticed there are several great Christian books either on sale now, so I thought I’d give them a shout-out in case you hadn’t already heard.

If you purchase any of the books below, don’t forget to leave a review after you’ve read it. Reviews are one of the best ways to help other readers discover great books!

City of Invaders by Sarah Scheele – FREE until August 14 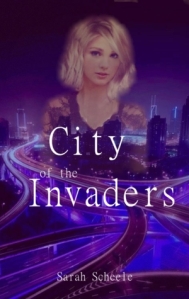 As a Christian, Katia Vingo belongs to a tiny, hereditary minority called the EC. Her friends keep a risky balance with the hostile invaders who have taken over Palladia. When Katia’s family is forced out of their isolated home by guerrilla bandits, she finds herself living in the large, city-state of Wyncon. She hopes to blend in and live quietly. But this future world is not a place where anything stays the same for long.

And Katia’s life is one of the things that is about to change.

Six hundred years ago the land of Aom-igh was threatened with invasion by the Dark Country across the Stained Sea; in their danger King Llian sought the help of the dragons and the myth-folk. Graldon, King of the Dragons, granted the human king with a gift that would help him defeat his enemies. Graldon 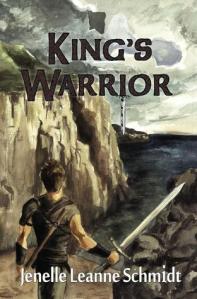 also promised King Llian that the dragons would come to the humans’ aid should Aom-igh ever be in such danger again. Years passed, and Aom-igh remained safe and isolated from its enemies. The dragons slowly disappeared and faded into legend and myth, and people forgot magic had ever existed.

When her kingdom is threatened by the Dark Country once again, the headstrong Princess Kamarie sets off on a quest to find the man who may be able to save them all: the former King’s Warrior. Traveling with her are two companions: her eccentric maid, and a squire who resents his charge to travel with and protect the princess. However, finding the legendary hero proves to be the least of their worries. Together the companions encounter more than they ever bargained for. A beautiful gatekeeper, a sword fashioned by dragons, enemies who pursue them relentlessly and hound them at every turn, and an underground world full of mythical creatures are just the beginning of their adventures.

As they search for the answers to mystifying riddles and seek a way to save everything they hold dear the comrades will learn a little about courage, a lot about truth, and more about themselves than they ever imagined. But if they can succeed in their quest, they may join worlds together.

(Second Son, the next book in this series, will be marked down to 99 cents next week, so keep your eyes open!!)

The Door by Lorilyn Roberts – 99 cents

Seventh Dimension – The Door, a Finalist in the 2013 Grace Awards, Selah Awards, and International Book Awards, is the first book in the Seventh Dimension Series that combines contemporary, historical, and fantasy elements into a Christian “coming-of-age” story. A curse put on Shale Snyder, because of a secret, shrouds her with insecurity and fear. Following suspension from school, Shale’s best friend isn’t allowed to see her anymore and she feels abandoned by her family. When a stray dog befriends her, she follows it into the woods. There she discovers a door that leads to another world—a garden with talking animals, demonic underlings, and a king unlike any other. Can Shale overcome her past, defeat the underlings, and embrace her eternal destiny?

An old story told a new way. The events Rivkah witnessed changed history. As a young shepherd girl, she accompanied her father to a Bethlehem stable where she held the baby Jesus. She watched Mary and Joseph flee to Egypt, met the strange visitors from the East who’d followed a star, and watched Herod’s soldiers kill the children of her village. Experience life in Roman Judea. The Jewish people struggle under the burden of Caesar’s armies and Herod’s cruelty. Watch false Messiahs rise and fall and see the fatal retribution that followed. Rome tore them apart, but slavery and rebellions couldn’t destroy the love between Rivkah and Shemu’el, the man she believed God destined for her.Witness it all through the eyes of one who lived it.

Have a great Tuesday! And happy reading!!