This is a guest post by Nadine Brandes, the author of the newly released dystopian novel, A Time to Die.

“What’s your book about?”

My most common response: “It’s like Hunger Games, only Christian.”

This is rather ironic since half the inspiration behind A Time to Die came from wanting to write a book unlike Hunger Games. Don’t get me 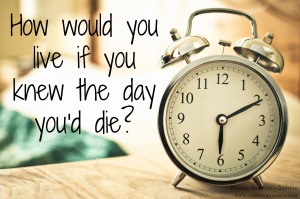 wrong — I devoured the Hunger Games series. I’ve watched both movies multiple times, I obsess over every released picture, trailer, or tidbit from the upcoming Mockingjay films, and I even have a mockingjay pin.

But, I threw book three, Mockingjay, against the wall when I finished it. Hey, I know several others who did this same thing. Maybe even you.

Because the story lacked hope. Those books progressed into a darker and darker place, ultimate ending despair with a sprinkle of bittersweet-ever-after.

That wasn’t enough for me. I needed to know that standing up for my beliefs, that striving for more, that fighting for justice was worth it. That humans could make a difference and that goodness could be found in the world.

I know Christ. I know it’s possible. So I wrote about it. Here are some similarities and differences between The Hunger Games and my own dystopian novel, A Time to Die. 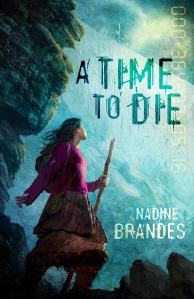 Not only is this difference in the books, but it’s a difference in our lives – in our thinking – as believers in Christ. Because Christ is my hope, it forms the stories I write. This is the beauty behind Christian fiction. I’m honored to be part of it.

To find out more about Nadine or her book, visit her at one of these places:

9 thoughts on “Hunger Games vs. A Time to Die”