I’m thrilled today to have the privilege of being a part of the cover reveal for authoress Anne Elisabeth Stengl’s book, Draven’s Light. If you’re a fan of The Tales of Goldstone Wood, I’m sure you’re already pretty hyped about this brand new addition! If you haven’t discovered this great series yet … well, just make sure you do!

First, here’s a bit about the book itself:

In the Darkness of the Pit The Light Shines Brightest

Drums summon the chieftain’s powerful son to slay a man in cold blood and thereby earn his place among the warriors. But instead of glory, he earns the name Draven, “Coward.” When the men of his tribe march off to war, Draven remains behind with the women and his shame. Only fearless but crippled Ita values her brother’s honor.

The warriors return from battle victorious yet trailing a curse in their wake. One by one the strong and the weak of the tribe fall prey to an illness of supernatural power. The secret source of this evil can be found and destroyed by only the bravest heart.

But when the curse attacks the one Draven loves most, can this coward find the courage he needs to face the darkness?

Are you ready to see the cover?!  Here it is!

Anne Elisabeth will be giving away 3 ARCs (advanced reader copies) of the book, so be sure to visit her site and enter your name for a chance to win!

Draven’s Light is also available for pre-order as of today! It will officially release May 2015.

To top off the excitement, here’s an exciting excerpt from Draven’s Light.

He heard the drums in his dreams, distant but drawing ever nearer. He had heard them before and wondered if the time of his manhood had come. But with the approach of dawn, the drums always faded away and he woke to the world still a child. Still a boy.

But this night, the distant drums were louder, stronger. Somehow he knew they were not concocted of his sleeping fancy. No, even as he slept he knew these were real drums, and he recognized the beat: The beat of death. The beat of blood.

The beat of a man’s heart.

He woke with a start, his leg throbbing where it had just been kicked. It was not the sort of awakening he had longed for these last two years and more. He glared from his bed up into the face of his sister, who stood above him, balancing her weight on a stout forked branch tucked under her left shoulder.

“Ita,” the boy growled, “what are you doing here? Go back to the women’s hut!”

His sister made a face at him, but he saw, even by the moonlight streaming through cracks in the thatch above, that her eyes were very round and solemn. Only then did he notice that the drumbeats of his dream were indeed still booming deep in the woods beyond the village fires. He sat up then, his heart thudding its own thunderous pace.

“A prisoner,” Ita said, shifting her branch so that she might turn toward the door. “The drums speak of a prisoner. They’re bringing him even now.” She flashed a smile down at him, though it was so tense with anxiety it could hardly be counted a smile at all. “Gaho, your name!”

The boy was up and out of his bed in a moment, reaching for a tunic and belt. His sister hobbled back along the wall but did not leave, though he wished she would. He wished she would allow him these few moments before the drums arrived in the village. The drums that beat of one man’s death . . . and one man’s birth.

His name was Gaho. But by the coming of dawn, if the drums’ promise was true, he would be born again in blood and bear a new name.

Hands shaking with what he desperately hoped wasn’t fear, he tightened his belt and searched the room for his sickle blade. He saw the bone handle, white in the moonlight, protruding from beneath his bed pile, and swiftly took it up. The bronze gleamed dully, like the carnivorous tooth of an ancient beast.

A shudder ran through his sister’s body. Gaho, sensing her distress, turned to her. She grasped her supporting branch hard, and the smile was gone from her face. “Gaho,” she said, “will you do it?”

“I will,” said Gaho, his voice strong with mounting excitement.

But Ita reached out to him suddenly, catching his weapon hand just above the wrist. “I will lose you,” she said. “My brother . . . I will lose you!”

“You will not. You will lose only Gaho,” said the boy, shaking her off, gently, for she was not strong. Without another word, he ducked through the door of his small hut—one he had built for himself but a year before in anticipation of his coming manhood—and stood in the darkness of Rannul Village, eyes instinctively turning to the few campfires burning. The drums were very near now, and he could see the shadows of waking villagers moving about the fires, building up the flames in preparation for what must surely follow. He felt eyes he could not see turning to his hut, turning to him. He felt the question each pair of eyes asked in silent curiosity: Will it be tonight?

Tonight or no night.

Grasping the hilt of his weapon with both hands, Gaho strode to the dusty village center, which was beaten down into hard, packed earth from years of meetings and matches of strength held in this same spot. Tall pillars of aged wood ringed this circle, and women hastened to these, bearing torches which they fit into hollowed-out slots in each pillar. Soon the village center was bright as noonday, but with harsh red light appropriate for coming events.

Gaho stood in the center of that light, his heart ramming in his throat though his face was a stoic mask. All the waking village was gathered now, men, women, and children, standing just beyond the circle, watching him.

The drums came up from the river, pounding in time to the tramp of warriors’ feet. Then the warriors themselves were illuminated by the ringing torches, their faces anointed in blood, their heads helmed with bone and bronze, their shoulders covered in hides of bear, wolf, and boar. Ten men carried tight skin drums, beating them with their fists. They entered the center first, standing each beneath one of the ringing pillars. Other warriors followed them, filling in the gaps between.

Then the chieftain, mighty Gaher, appeared. He carried his heavy crescent ax in one hand, and Gaho saw that blood stained its edge—indeed, blood spattered the blade from tip to hilt and covered the whole of the chieftain’s fist. Gaher strode into the circle, and the boy saw more blood in his beard. But he also saw the bright, wolfish smile and knew for certain that his sister had been correct. The night of naming had come.

“My son,” said the chief, saluting Gaho with upraised weapon.

“My father,” said Gaho, raising his sickle blade in return.

Gaho drew a deep breath, putting all the strength of his spirit into his answer. “I am ready, Father.”

Gaher’s smile grew, the torchlight flashing red upon his sharpened canines. He turned then and motioned to the darkness beyond the torchlight.

The sacrifice was brought forward. 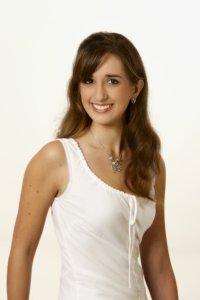 ANNE ELISABETH STENGL makes her home in North Carolina, where she lives with her husband, Rohan, a kindle of kitties, and one long-suffering dog. When she’s not writing, she enjoys Shakespeare, opera, and tea, and practices piano, painting, and pastry baking. She is the author of the critically-acclaimed Tales of Goldstone Wood. Her novel Starflower was awarded the 2013 Clive Staples Award, and her novels Heartless, Veiled Rose, and Dragonwitch have each been honored with a Christy Award.

To learn more about Anne Elisabeth Stengl and her books visit: www.AnneElisabethStengl.blogspot.com

One thought on “Cover Reveal, Excerpt, and Giveaway for DRAVEN’S LIGHT by Anne Elisabeth Stengl”